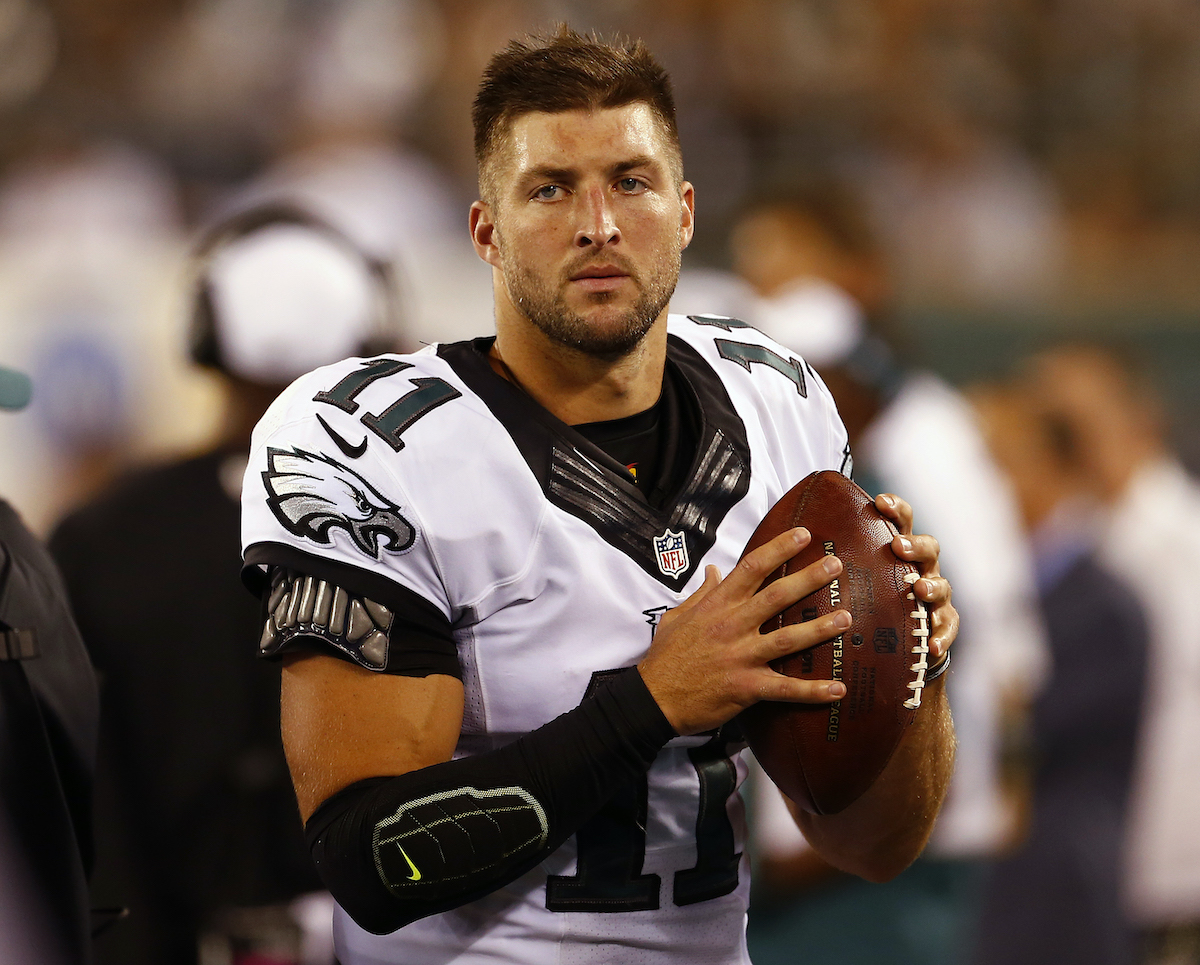 Fans must wonder if there is anything Tim Tebow can’t do? He’s played in both the NFL and MLB. Somehow, he’s managed to find the time to write a few NYT bestselling books, run his nonprofit, and get married. Tebow is also a fitness celebrity and a strong advocate of the keto diet, with his hashtag #GoKetoWithTebow.

For Tebow, the keto diet is about more than sports

In an interview with WebMD‘s Coronavirus in Context series, Tebow shared that he’s been living the keto lifestyle since late 2011. He was first introduced to the strict diet by his fellow NFL players. He saw what it did for them, calling these guys “freaks … in a good way” and noting their “lifting, and running, and strength.” Tebow started following the now-popular high-fat, low-carb diet and hasn’t looked back.

While Tebow may have started keto for athletic reasons, he’s stayed on it because of personal ones — his family. In the same interview, Tebow explained, “I want to be around one day to have grandkids, and go out in the yard and play ball with them.”

Tebow is a newlywed

While there are no little Tebows yet, fans are no doubt eager for Tim and his wife, Demi-Leigh Nel-Peters, a former Miss Universe and Miss South Africa, to start a family. The couple got married in January 2020 in Nel-Peters’ native South Africa.

The timing of their wedding meant that they spent their first few months of as newlyweds in quarantine. “It’s been like a prolonged honeymoon,” joked Tebow when the couple spoke with E! Online.

Tebow’s dad is also an inspiration

His dad, Bob, is another reason he wants to stay and adheres to the keto diet. In a 2016 People interview, Tebow revealed that his father has Parkinson’s disease. The diagnosis was difficult for Tebow, and he tries to spend as much time as he can with his dad. The two are close, with Tebow saying, “I love being around him.” Despite his diagnosis, Bob is still active with the charity he founded, Bob Tebow Evangelistic Association.

In his WebMD interview, Tebow also shared what he discovered about Parkinson’s disease and eating a high-fat, low-carb diet:

Other athletes swear by the keto diet

RELATED: Tom Brady’s Diet Would Be a Disaster for Regular People

Tebow isn’t the only retired NFL player to go low-carb. Former Cleveland Brown Joe Thomas credits keto, along with intermittent fasting, with staying fit after retirement. So how exactly does the keto diet work?

Harvard Medical School reports that for followers of the keto diet, approximately 80% of their calories come from fat, 10% from carbohydrates, and 10% from protein. For many people, this means their carb intake is strictly limited, between 20 and 50 grams daily. When carbs aren’t available to burn as fuel, the body begins burning fat in a state called ketosis.