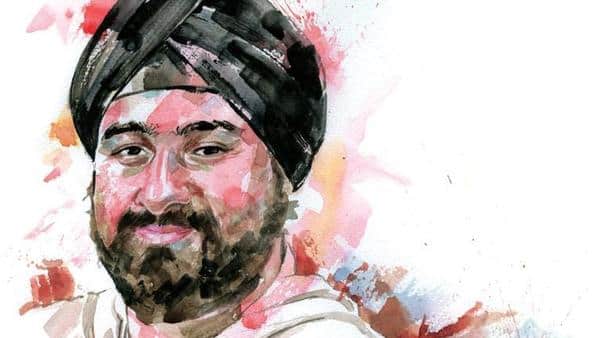 It would be fair to imagine that a casual meeting with the founder of a craft-beer brand would involve enjoying a cold one. Not immediately though, for Prabhtej Singh Bhatia, founder and CEO of the home-grown, premium-segment craft-beer brand Simba, loves green tea.

“Do you have Silver Moon?” Bhatia asks our server at Roasted, the in-house café at the Roseate House hotel in Delhi’s Aerocity. Unfortunately, the café has run out of Bhatia’s favourite tea blend from TWG. We settle on Follow Me, a blend of harvest green tea with fruity notes of pineapple and wild strawberry. “This one’s good too, but you should try Silver Moon. I always get my hands on it whenever I am here,” he says.

My first two meetings with Bhatia had had to be cancelled. First, due to a flight delay, and, then, because Bhatia was indisposed. We finally meet on a blazingly hot evening.

Bhatia, 27, dressed in a black Polo T-shirt, denims and sneakers, is on his toes these days—for Simba is expanding. He has just returned from an eastern state after settling registration and licensing formalities. It is bang in the middle of beer season.

The brand recently launched its latest variant, Simba Light, in the Capital. “It’s definitely one of the most attractive businesses to be in when you look at it from the outside. But on the inside, it’s a lot of regulatory work. You need to register differently for every state. You have to move around a lot and deal with a lot of bureaucracy. But, at the end of the day, it’s worth the pain,” says Bhatia. “You are able to create something that resonates with people.”

India has traditionally been a market for hard spirits and recent years have been quite flat for the beer sector. According to a March 2018 report from the market research and analysis firm BMI, India had one of the lowest levels of beer consumption per capita in Asia, though the numbers were not immediately available. Per capita consumption in India in 2016 was 4.6 litres (9.7 pints) compared to the Asian average of 57 litres, according to BMI data cited in a Bloomberg report from January 2017.

But things are looking up. The 2018 research report forecast beer sales in volume terms “to grow by an average of 6.9% annually between 2018-22, reaching 6.5 billion litres in total by the end of this period, up from an estimated 4.7 billion litres in 2017″. Bhatia says the emergence and popularity of craft beer, and the general interest in beer, is a big plus. “Whenever I meet someone, they want to know everything about my beer—what goes into it, what yeast I use…. People are well-read now. They know what goes into a beer. They will ask me which malt you are using, are you using dry hops or not?” he adds.

Home-brewing alcohol for commercial purposes is illegal in India, but Bhatia believes the home-brewing culture has, on the whole, benefited the market. “There are some people who do it all the time—they make small amounts of beer just for themselves. Some of the home brewers and a couple of Indian blogs are doing a great job because they are spreading the word about beer.”

Born in Raipur, Chhattisgarh, Bhatia grew up in Rajnandgaon, a small town about 70km from the state capital. He frequents Delhi for work, but still considers Raipur home. The Simba brewery is also mid-way between Raipur and Rajnandgaon, in Durg’s industrial area. “My father and grandfather have grown up there (in Rajnandgaon), so they have a much closer relationship with the place,” he says.

Bhatia’s grandfather, Surjit Singh Bhatia, now 85, came to India during Partition, leaving behind well-settled businesses in the Mandi Bahauddin and zila Gujrat areas of Pakistan. “He left everything behind in Pakistan. When they moved here during Partition, they had almost nothing. They started from scratch. He used to ride 64km a day at the age of 15 to run a liquor shop. (But) till date, I have never seen him drunk,” adds Bhatia.

The early 1950s saw the Bhilai steel plant being set up in collaboration with the erstwhile Soviet Union. His family did a good deal of business, selling alcohol to the Russians working at the plant. “They would pay any amount…. That’s one thing I have learnt: It is as important to be at the right place at the right time as it is to work hard,” says Bhatia.

After finishing his schooling—from The International School, Bengaluru, Bishop Cotton, Shimla, and the G D Goenka World School in Gurugram—Bhatia moved to the UK in 2009 to study for an undergraduate degree in economics and finance. “I took business management first but then moved to economics and finance. Business management was a lot of broad theories that did not have any factual basis. Business is like that, I think. But economics is more about principles, macroeconomics…. I found it to be more fascinating.”

Even more fascinating is the story behind Bhatia’s tryst with beer. Memories of his first beer take us back to the Exeter university campus, which was close to a traditional pub called the Imperial. “It was right next to my student accommodation. We used to go there all the time for food. My university was just a 5-minute walk away. It is there that I tried my first Belgian wheat beer,” he recalls.

It was a completely new experience for Bhatia, who doesn’t drink too often—there are timeswhen he doesn’t drink at all. “When we were kids, our grandfather used to give us small doses of whisky as a remedy for common cold and sore throats in winters. But I had never developed a taste for beer. This (the wheat beer) was something else,” he adds.

He got used to wheat beer and would grab an occasional pint. Bhatia refrained from binge-drinking, preferring samplers, which also helped him understand the different kinds of beer.

His time at Exeter also coincided with the emergence of BrewDog, the brewery and pub chain. “BrewDog is one of the companies that I look up to. Not only for their beers, but what the founders have done.” Today, the Scotland-based company is valued at more than £1 billion (around ₹8,800 crore).

The beer culture in the UK fuelled Bhatia’s interest in the beverage. “People constantly experiment (with beer) there.” In Durg, Bhatia has a mini-brewery inside his main brewery, where he mixes and matches different ingredients to come up with interesting brews.

By the time he returned home in summer 2010, after his first year, Bhatia had made up his mind about setting up a brewery. He was certain that craft beer was the future. “The consumption of even basic beer was very low in India. My understanding was that this was because there weren’t enough styles of beer to cater to the Indian palate,” he adds.

The next step was to convince his father. “He asked me: ‘Why not a distillery or a winery?’ I told him people will slowly become more lifestyle-oriented…. Even if there is a smaller subset of people that converts, it’s a big enough market for beer,” says Bhatia. A couple of other factors supported his cause. There were no major breweries in the Chhattisgarh region at the time. Market data on beer was beginning to show a positive trend. “It kind of felt right at that moment,” he says.

Bhatia’s father was supportive but told him to “not expect any help”. From making the project report and applying for a licence to getting a bank loan, he was on his own. His father only gave him one piece of advice: If he expected to start building the brewery once he was back from the UK, then he should apply for the licence well in advance. “By 2012, by the time I finished my graduation, we luckily had the licence and a piece of land to construct the brewery,” says Bhatia.

Construction finished in 2014 and the brewery was commissioned in April the same year. For the first two years, 80% of the brewery’s capacity was used for contract manufacturing for SABMiller. These years proved to be a huge learning curve for Bhatia, who was busy finalizing his product, travelling to craft-beer festivals in other countries (like drinktec in Munich) and spending time with craft-beer consultants. “Those two years before we launched Simba were great in terms of instilling discipline. We were learning from the best. They (SABMiller) were very particular about maintaining the key performance indicators, like the amount of electricity or water consumed. It was a useful lesson in how to run a brewery,” he recalls.

The brand Simba was finally launched in May 2016. The first year went in setting up a team (from just two-three people, they are now a 350-member team) and honing the distribution. The response was “mellow”, says Bhatia. “We did ₹6 crore in turnover from Simba in the first year. In the second, we did ₹60 crore. By that time, we were ready. Last financial year (2018-19), we have done ₹125 crore.” This year, he says, will be more about products: His fourth and latest, Simba Light, joins Wit, Stout and Strong (only in tier II cities for now) in the brand’s beer portfolio.

As dusk falls, we move to Kheer, the Indian cuisine restaurant at the hotel. While I order a chicken tikka, Bhatia opts for burra kebab—only red meat for him since he recently started the Keto diet. We also taste some Simba Wit before the food arrives.

He says his wife, Harleen, whom he married in December 2017, shares his innate love for food. “She hates Keto because we are both foodies. Harleen has been a positive influence on my life. She’s just a bomb of energy. I do share a lot of my problems with her…. She absolutely loves Simba. I think it’s something that binds our family together,” he adds.

Both Bhatia and his wife are huge Game Of Thrones fans—Harleen is a more recent convert. “That’s my way of detaching from work. We binge-watched it while on the way to our honeymoon,” says Bhatia.

When not in Delhi, he prefers spending time with his extended family in Raipur. “We have a huge family. Every weekend, every party, there is something new—we are doing game nights one weekend and a dance competition on the other.”

The brand name, in fact, came from Bhatia’s uncle. “He had registered a lot of names. It was like a nice hobby for him. This one (Simba) stuck with me because when I was growing up in Rajnandgaon, we used to have an LD (LaserDisc) player. There were three discs that we had at home: Casper, Richie Rich and The Lion King. We used to watch one of these movies every Sunday.” No prizes for guessing as to which movie served as Bhatia’s inspiration.

The last book you read

I am an ‘audio-bookworm’. The last one I listened to is called Good To Great, by Jim Collins. It’s about why most companies become good but never become great and what it is that makes great companies different from the good ones. The one book I connect with is Shoe Dog, by Phil Knight (the co-founder of Nike).

Your favourite beer apart from Simba

I love BrewDog. They are changing the world of beer.

Both my wife and I love the Maggi I prepare. That, and—whenever we are in Delhi—pizza from the Italian restaurant DIVA or sushi from Yum Yum Cha.