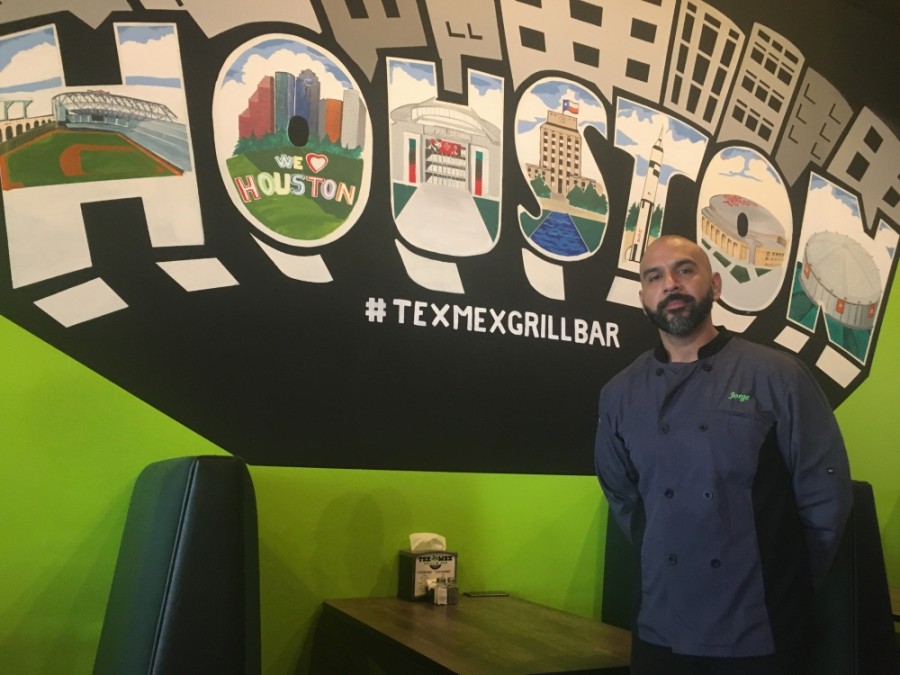 Jorge Rodriquez, owner of Tex-Mex Grill and Bar, said he wanted his love of Houston to be on display at his restaurant. (Shawn Arrajj/Community Impact Newspaper)

Jorge Rodriquez, owner of Tex-Mex Grill and Bar, said he wanted his love of Houston to be on display at his restaurant. (Shawn Arrajj/Community Impact Newspaper) 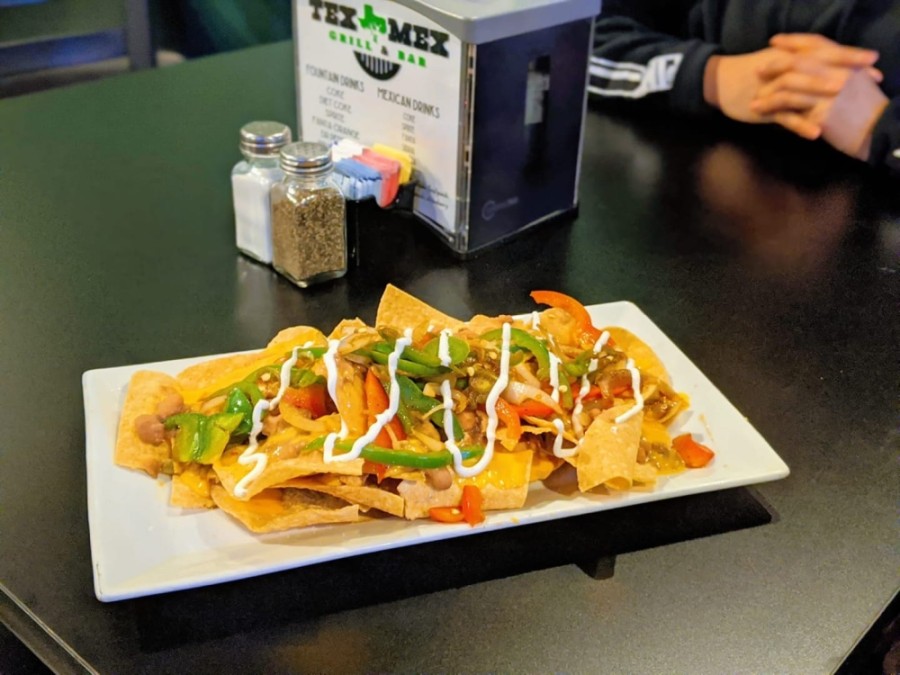 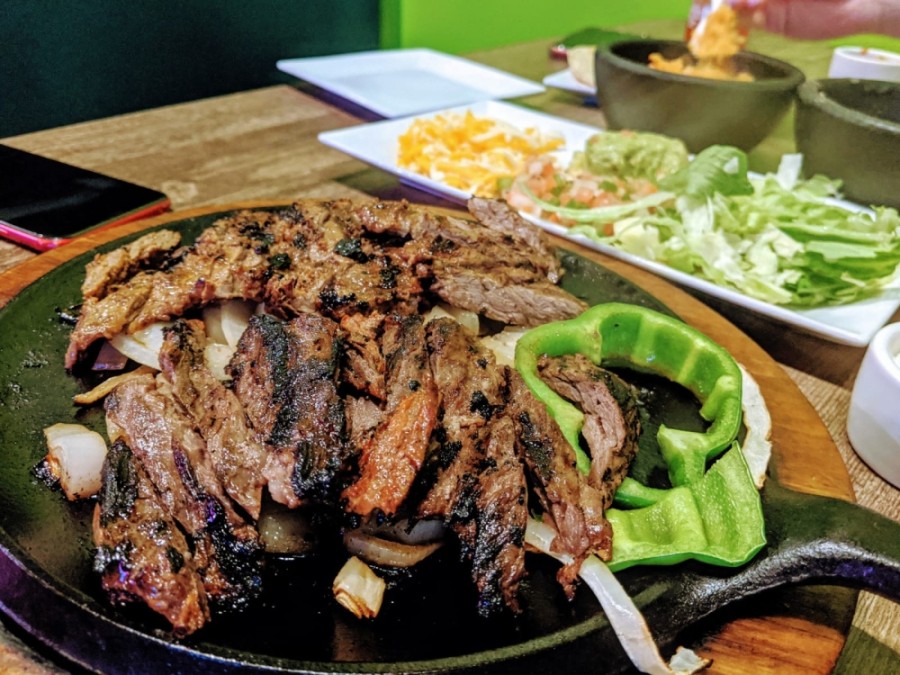 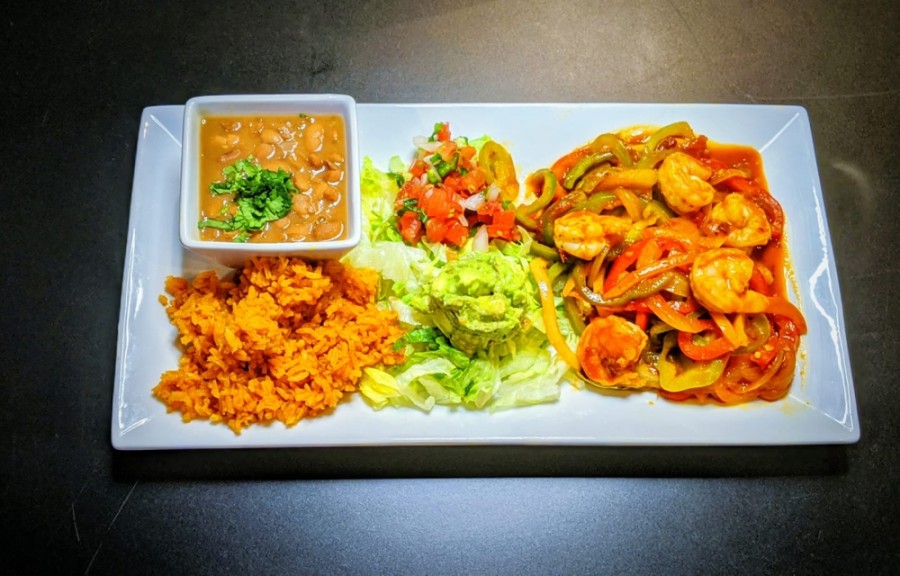 Camarones a la Diabla ($13.75): Jumbo shrimp and veggies are served in spicy red salsa made from chile de arbol with lettuce, tomato, pico, charro beans and rice. (Courtesy Tex-Mex Grill and Bar)
Jorge Rodriguez started his career in restaurants at the age of 16 working as a dishwasher. Since then, he said his journey has taken him from line cook to sous chef to executive chef to director of operations in charge of thousands of employees.

Today, Rodriguez owns and runs Tex Mex Grill & Bar on FM 529 in Cy-Fair, fulfilling his dream of owning a restaurant.

“If you don’t work on your dreams, somebody will hire you to work on theirs,” he said. “I was very proud of what I was doing, and it was finally to the point where I thought I should be doing things for myself.”

Rodriguez opened a bar in the same space in 2019 but said he decided to open as Tex Mex Grill & Bar in January so he could make better use of his cooking skills.

Born in Mexico, Rodriguez said he wanted his restaurant to reflect his love of both Houston and his home country. He describes the style as “Mexican standards with an American twist.”

The menu includes enchiladas and fajita plates as well as Mexican burgers and street tacos. A full bar also includes a variety of margaritas that Rodriguez said remind his Mexican patrons of home. He said it was also important to him to feature vegan, gluten-free and keto items, including keto bowls and vegan options for nachos and enchiladas.

“If you are vegan, if you have Celiac disease, I want you not to worry,” he said. “I want you to come in and have just as good a meal as anybody else.”

The restaurant is open for dining in and also offers curbside pickup and delivery. Rodriquez, who said he works about 14 hours per day, said the coronavirus pandemic hit has posed challenges.

He credits his staff for being able to keep his doors open. After paying staff out of his own pocket at the start of the pandemic, he said his employees sat him down and offered to continue working for no pay for two weeks.

“I find people that don’t work for money,” he said. “They work for purpose, and they believe in me.”

Despite the challenges, Rodriquez said word-of-mouth spurred by the quality food continues to bring in new customers.

“If you can be here and experience when a new customer goes, ‘Wow, this is good,’ you know we’re going to be just fine,” he said.