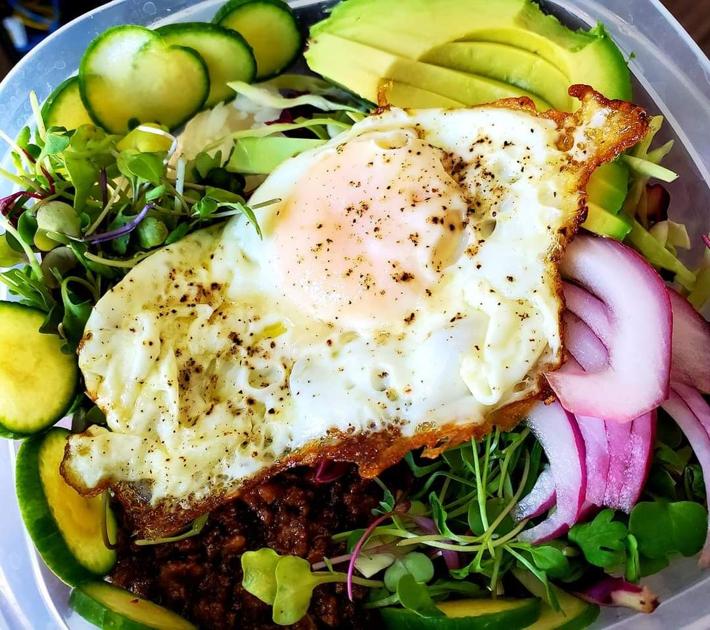 What do you do when opening a restaurant is your dream, but a global pandemic keeps shutting restaurants down?

In Kylara Ward’s case, you get creative with your business model.

“I thought, what if we can bring it to you?” she said.

Ward has launched an in-home catering business called Gusto’! Made From Scratch that brings a chef directly into customers’ kitchens. The business offers three different levels of service, starting with one-time events, such as a party or a romantic date night dinner at home.

Customers can also have a chef come in once or twice a week and do some meal prep cooking that will help feed them throughout the week, or, at the highest level of service, can have someone come in and cook for them as often as three meals a day.

Ward said they can work with people to come up with a schedule that is right for them, and to create menus that cater to their personal preferences and any dietary needs, from vegetarianism to gluten-free to special diets, such as Keto.

“Ask, and if we think it’s unrealistic, we will tell you,” she said. “We’re a very small group, but we will do what we can.”

Ward recently retired from about nine years of military service, and said she worked for a local Hermiston restaurant before creating a blog about Italian food. She said she has always known she wanted to work with food, but knew that opening a restaurant during the pandemic would be nearly impossible. When a massive wind storm tore down trees and fences all over Hermiston at the end of May, she got the idea to prepare premade lasagnas to donate to families that were affected, so they could just pop them in the oven and cook them.

From there, Gusto’! Made From Scratch was born. Ward said while some people are willing to risk the consequences of getting caught selling food to strangers from their unlicensed home kitchen, she is intent on following all rules. That means for now, what she and her small group of cooks are licensed for is only preparing meals for people in the same home or business where they are to be consumed. They can’t cook it elsewhere and bring it in.

The business has built up a good amount of cooking supplies, from spatulas to blenders, however, so Ward said people don’t have to worry that their kitchen is inadequate. Gusto’ employees will bring all supplies needed, including food purchased according to the customer’s wishes, whether they want the shopping list to be all organic or focus on finding the cheapest ingredients. Dishes and cleanup after the meal are also provided.

Even though it is a challenging time to be opening a new business, Ward said she is looking forward to the challenge.

“I’m really excited to be here,” she said.