Gluten-free has become commonplace in today’s food scene, but it is often still met with curiosity and caution by those whose everyday diets don’t require it. Food allergies and food intolerances are a growing public health concern causing higher consumer demand of products that are tailored to meet special dietary requirements.

Celiac disease, an autoimmune disorder where the ingestion of gluten leads to damage in the small intestine, affects about 1% of Americans. That’s about 3 million consumers who must eliminate all gluten from their diet. But many more have stopped consuming gluten or reduced their intake because it makes them feel better.

“While celiac disease affects a small number of Americans, much of the growth in the gluten‐free category is driven by consumers’ growing interest in more natural and healthful ingredients, as well as a general desire to live a healthier and cleaner lifestyle,” says Laura Gerhard, director of strategy and marketing, Blue Diamond Almonds Global Ingredients Division. “Breads made with alternative flours are gaining popularity as consumers look for gluten‐free versions of their favorite bakery goods, or those that align with specialty diets, such as the paleo or keto diet.”

According to a new report by Global Market Insights, the gluten-free food market will be valued at $12.5 billion by 2025, which is nearly double the current value.

As consumer interest in gluten-free products has grown, the category has transitioned from a niche to a mainstream market segment. Boosting demand in the market for gluten-free foods are new product launches featuring flours based on nuts, seeds, beans, fruits, and vegetables that appeal across a range of diet trends. Under a US Food and Drug Administration regulation that took effect in 2014, a food must contain less than 20 parts per million of gluten if the manufacturer wants to label it gluten-free.

Cassava, coconut, and cauliflower are among ingredients replacing wheat in tortillas, pizza crusts, and snacks. Such products are perceived as healthier than traditional options, says Melissa Abbott, vice president of The Hartman Group.

“When we started seeing the gluten-free trend happen a decade and a half ago, it was really in part a reaction, and it continues to be a reaction against highly processed, industrialized products that are made with industrialized flour,” she says. “Fast forward a few years, and we start to see other diets come to the fore, like Whole30 and paleo, that leverage this notion that highly refined carbohydrates, particularly grains, were not good for you, and that included gluten.” 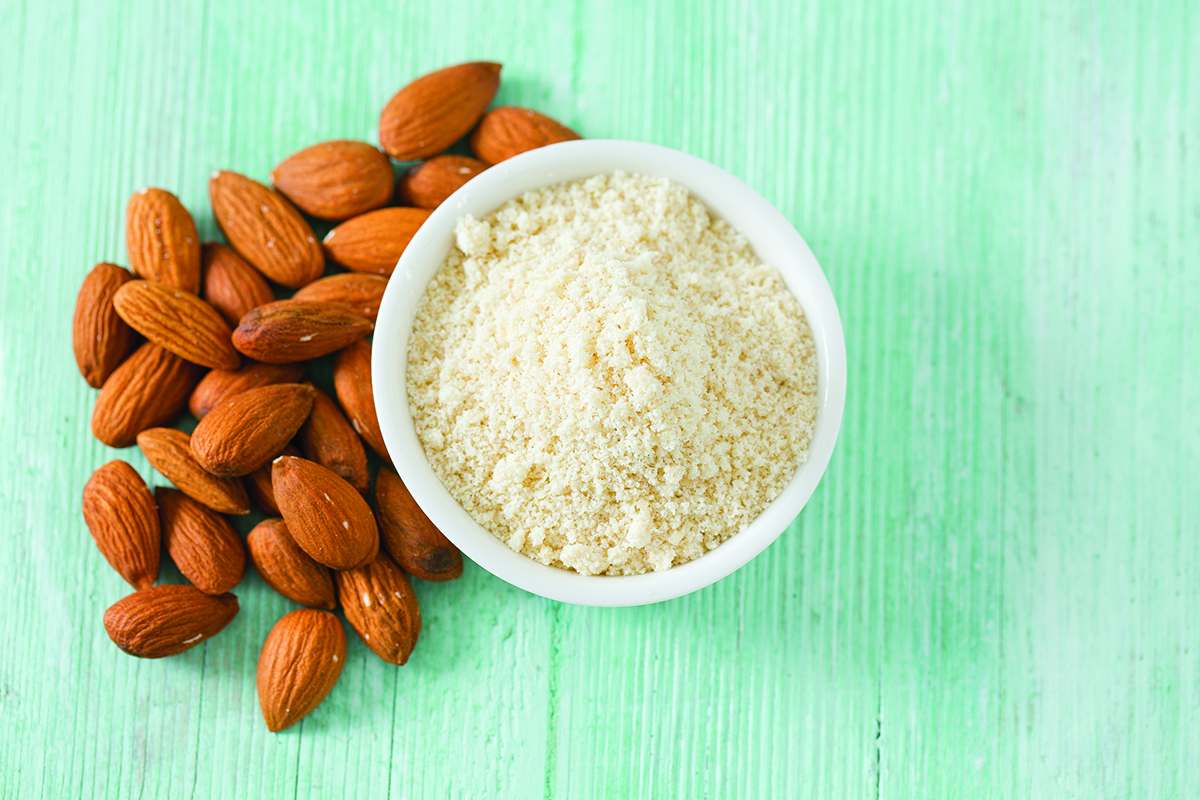 Plant‐based protein ingredients are trending in the bakery category, including for gluten‐free products. According to data from Mintel, 23% of U.S. bakery consumers consider high‐protein claims important on baked goods, including 25% of Millennials and 24% of Gen X. Globally, the use of protein in baked goods is expected to double by 2025, according to a report from Euromonitor.

Incorporating natural sources of plant‐based protein is one way that bakers and food manufacturers can align their gluten‐free offerings with consumer demand for functional and enhanced bakery products.

La Brea is even celebrating Celiac Awareness Month in May by asking customers to share their gluten-free bread creations on social media for a chance to win various prizes. Visit www.labreabakery.com for more information.

Almonds are among the most on‐trend ingredients for gluten‐free snack and bakery products today. Gluten‐free was the top claim used on new almond product introductions worldwide, appearing on 36% of almond introductions in the bars category, according to the most recent Global New Products Report from Innova Market Insights.

Gerhard says that Blue Diamond sees this trend playing out with manufacturing customers, who are formulating with almonds in a variety of forms to add texture, flavor, and nutritional benefits to their gluten‐free products. She says they have also experienced a steady demand for its almond flour since its introduction in 2015. According to IRI data, the almond flour category saw 81% year‐over‐year volume growth in 2018.

“Consumers’ desire for a functional flour that can substitute closely for traditional flour has been a winner, particularly for those in pursuit of a gluten‐free diet,” says Gerhard. “Additionally, the health attributes of almond flour, combined with its slightly sweet taste, are very enticing to consumers.”

Some gluten‐free flours can be gritty and rough, producing an undesirable texture in the finished product. Almond flour, however, has a smooth texture and fine granulation. The ingredient can be used for both baking and cooking and can be used in a wide array of applications, including cakes, breads, and muffins, as well as cookies, bars, and crackers. It can also be used as a thickener for sauces and soups, a batter for frying, or as a replacement for breadcrumbs in dishes, says Gerhard.

Sugar may also be reduced by about 25% in baked goods because almonds also have a sweet flavor on their own. Cook times may need to be increased approximately 5 minutes because of the extra moisture present in almond flour.

John McIsaac, vice president of strategic business development for Reiser, points out that gluten-free demand is driving change in the bakery equipment sector, and Reiser is responding.

Opened in 2008 in Canton, Massachusetts, the Reiser Customer Center was updated in 2017 with new construction that doubled the size of the facility to 13,200 square feet. Problem-solving is really the crux of the baking aspect of the Reiser Customer Center. Clients are seeking to scale up and increase efficiencies; formulate a new product; produce a gold standard prototype on their equipment; and/or rectify production issues.

“As always, our customers will drive our innovation,” McIsaac says. “At their insistence, we developed small machines to produce pizza dough and bread portions, solutions that handle the dough gently and accurately. They drive us to produce new doublescrews for our Vemag that can portion larger and larger inclusions without damage. They drive us to produce machines that can handle the stiffest energy bar and the stickiest gluten-free dough. We listen to them, and then our engineers and bakers go to work.”