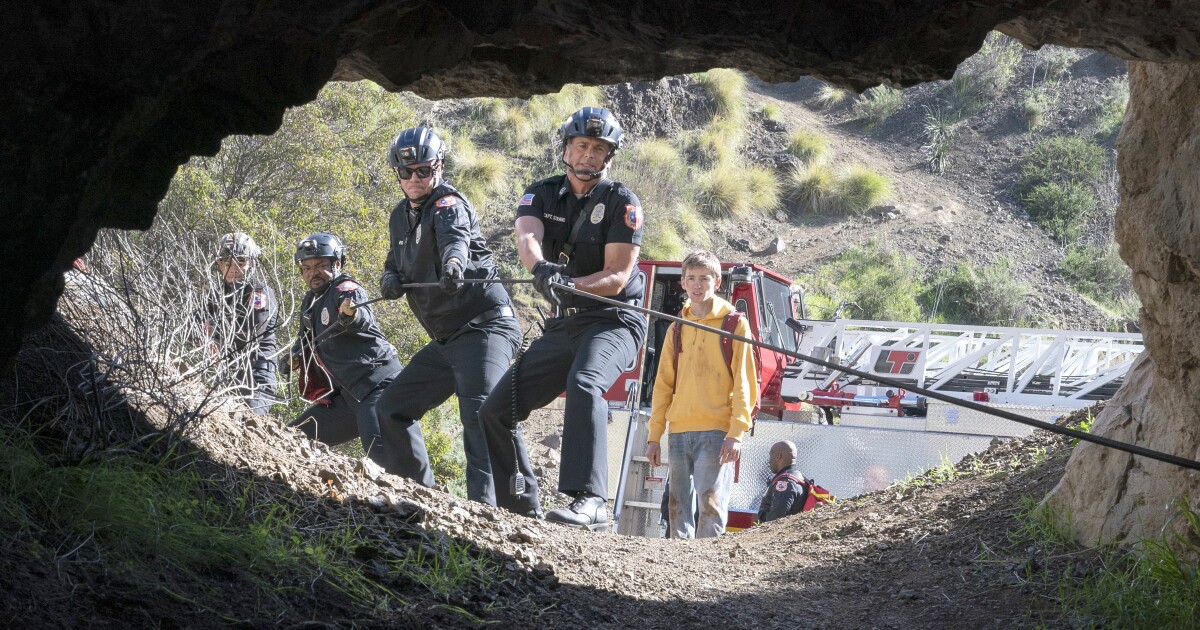 All American Spencer (Daniel Ezra) and his friends find out that South Crenshaw may become a magnet school. Also, Billy (Taye Diggs) surprises a lot of people with a decision about his future while Asher (Cody Christian) debates whether to spend the summer with his mother. Greta Onieogou, Bre-Z and Samantha Logan also star in the season finale. 8 p.m. CW

9-1-1: Lone Star In the two-hour season finale, Owen (Rob Lowe) and his crew rush to the scene of a gender-reveal party that has gone horribly wrong. Later, they respond to a distress call from a father and son who have gotten trapped in a cave during a spelunking expedition. Also, Michelle (Liv Tyler) finally learns the full truth about her missing sister’s date. Barry Corbin (“Northern Exposure”) guest stars. 8 p.m. Fox

Spring Baking Championship Clinton Kelly welcomes a new batch of gifted bakers to the kitchen in the season premiere of the culinary competition. Nancy Fuller, Duff Goldman and Lorraine Pascale are the judges. 9 p.m. Food Network

Spy Games The last three players face off in a season finale where they are tested on everything they’ve learned and must employ their mental and physical techniques. 10 p.m. Bravo

Breeders Ally (Daisy Haggard) tries to get used to Michael’s (Michael McKean) being around constantly while Paul (Martin Freeman) worries that his accident-prone son’s (George Wakeman) frequent injuries might be his fault. Jayda Eyles also stars in this new episode. 10 p.m. FX

Dispatches From Elsewhere While searching for Fredwynn (André Benjamin) at the shareholders’ meeting, the gang has its first encounter with Octavio (Richard E. Grant). Jason Segel, Sally Field and Eve Lindley also star in this quirky drama. 10:05 p.m. AMC

McMillions This true-crime documentary miniseries, which revisits the case of a crooked ex-cop who figured out how to rig and steal millions from the McDonald’s Monopoly game, concludes as the trial is set to begin. When ringleader Jerome “Jerry” Jacobson takes the stand, the remaining details of how he pulled off his scheme are disclosed. 10:10 p.m. HBO

Chip & Joanna Gaines: In the Room Jason Kennedy goes to Waco, Texas, to interview former “Fixer Upper” stars Chip and Joanna Gaines, who discuss their family, making their marriage work and the highs and lows of overnight fame. 10 p.m. E!

Dr. Phil A woman says her son has been in trouble with the law since age 12 and now hangs out with a gang. (N) 3 p.m. KCBS

For more sports on TV, see the Sports section.