Scenes from a wake for the beloved DC bar, which closed permanently this summer. 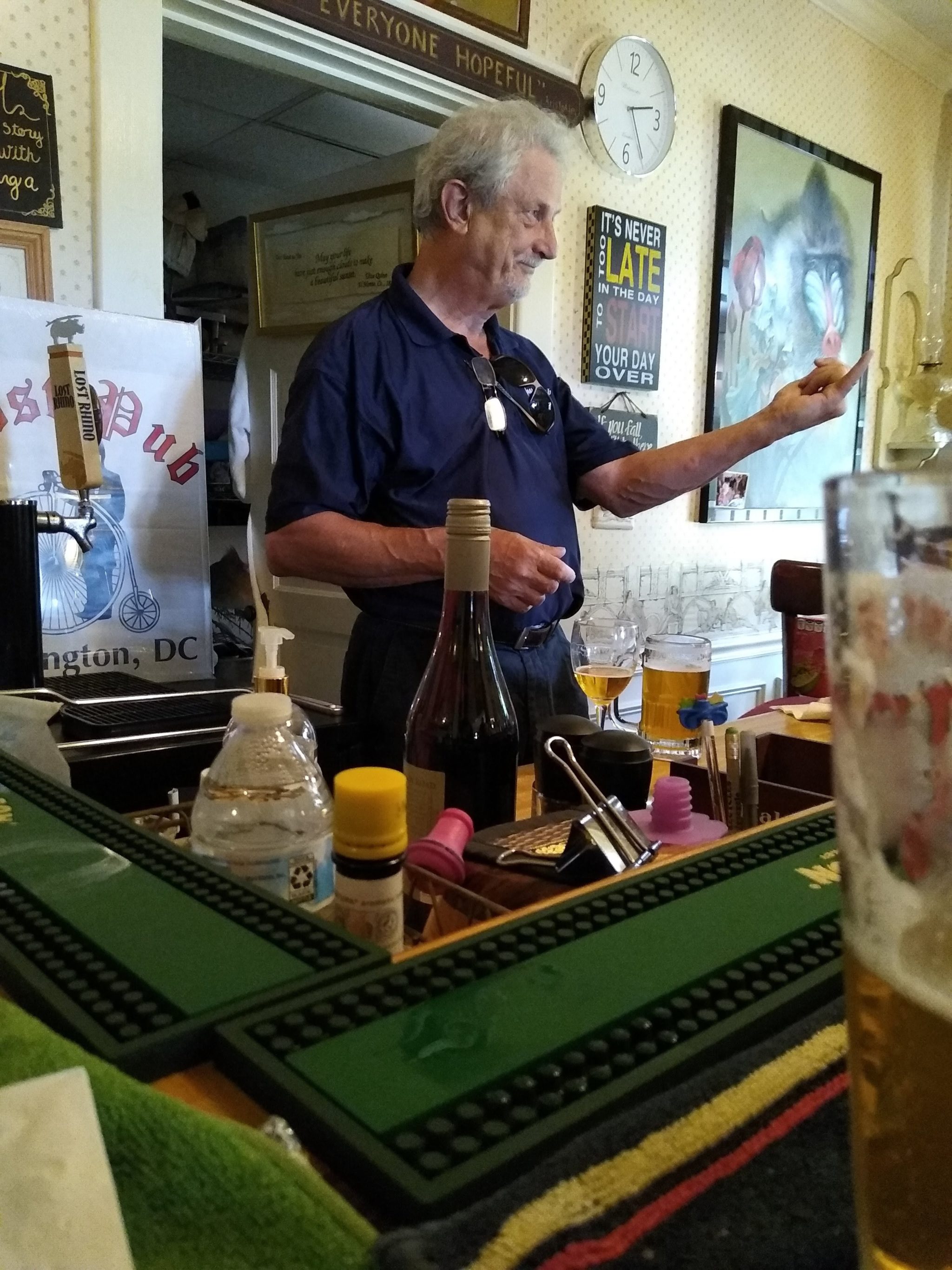 Bob Beaulieu works the bar at a wake for DC’s Post Pub. Photograph by Jim Swift.

“Are you here for the Post Pub party?” a woman who looks almost exactly like Post Pub bartender and manager Kathy Caparatto asks me. It’s the end of July, and I’m walking up toward the Woodward House on Manor Grade B&B in Front Royal, Virginia.

Kathy had in fact invited me to this event, and I was worried she had forgotten who I was or was playing a joke on me. The last time I saw her was the first week of February, the last time I was in the District for work and not long before Post Pub served its last “Diplomat Burger” to a customer indoors. The bar tried to make a go of selling carryout food before it closed in March, and in June, bar owner Bob Beaulieu announced Post Pub wouldn’t reopen.

As it turns out, I was speaking with Joan, Kathy’s identical twin sister and the proprietor of Woodward House. Kathy was just down the street, getting ice with Beaulieu. They were working on a day when we were supposed to be honoring them—just what you would expect. All Kathy had to do was text one of us and we would have gladly bought a bunch of ice.

Joan takes me inside their well-appointed B&B, which has been a hotel since the 1930s, and asks me if I’d like a beer. I decline, thinking I’m the first person there, but a few minutes later, Robin and Mike, a couple who’d come all the way from Detroit, brought growlers of beer from the Motor City down from their room.

If the décor at Woodward House’s bar seems familiar, it’s because some of it came from Post Pub. Joan jokes that they refer to the Woodward House’s bar as the “Post Pub Annex.” Not only are drinks served in Post Pub pint glasses, koozies with the bar’s logo are available, just like the ones Kathy would hand us with a bottle of beer if she knew we were staying awhile. A hand-drawn Post Pub sign, with its distinctive penny-farthing logo, sits next to the bar’s single beer tap.

Sadly, much of the decoration that gave Post Pub its ambience is still locked away inside 1422 L Street, Northwest. After lease negotiations failed with the building’s owner, Bob handed over the keys, and many treasures are still there.

Former employees of the Washington Examiner newspaper inquired about their plaque in the back booth. That daily paper was killed by its owner in 2012 in favor of a weekly political magazine. Two booths away was a plaque dedicated to the Weekly Standard, where I worked until it was killed by the same owner. Knowing a bunch of people lost their jobs and their business, it didn’t feel right for me to inquire about the future of our plaque.

Post Pub changed as the neighborhood did, and while it was always popular with journalists due to its proximity to the old sprawling Washington Post complex, when that was demolished, fewer people from the publication came. That doesn’t mean Post Pub wasn’t a journalism bar. After my publication was murdered, my colleagues and I at The Bulwark, a conservative website that is critical of Donald Trump, moved in next door. And just like when we were at the Standard two blocks in the other direction, we’d go there for lunches and happy hours. I went there pretty much every day I was in town.

But a few right wing magazines or websites aren’t going to provide the business that a big fish like the Washington Post was able to provide. It wasn’t just Post journalists who went there, it was the people who literally made the paper. Post Pub was a gathering spot for pressmen and mailers before the paper stopped printing downtown in 1999.

Brian Swayze, a longtime regular who has tended bar in the District since the days I was in college in the early 2000s is one of the first to join us. Swayze and I became friends when Jackie Kucinich of the Daily Beast appeared on a CNN panel along with one of my then-colleagues at the Weekly Standard. As we discussed the panel, Swayze said he’d worked tables alongside Kucinich, who, like me and Swayze, is from Cleveland, when she was in college.

Brian sits on one of the stools at the bar and I hear a trademark creak that always haunted me, as I feared I would break one and it would be embarrassing. (I was more of a booth guy because I usually was there for lunch with a colleague or intern.) He looks down, realizes what seat he’s picked, and looks at me, and we have a laugh about the stools since how crowded the bar was determined how sturdy your seat was. A couple of the stools have escaped to the Annex. 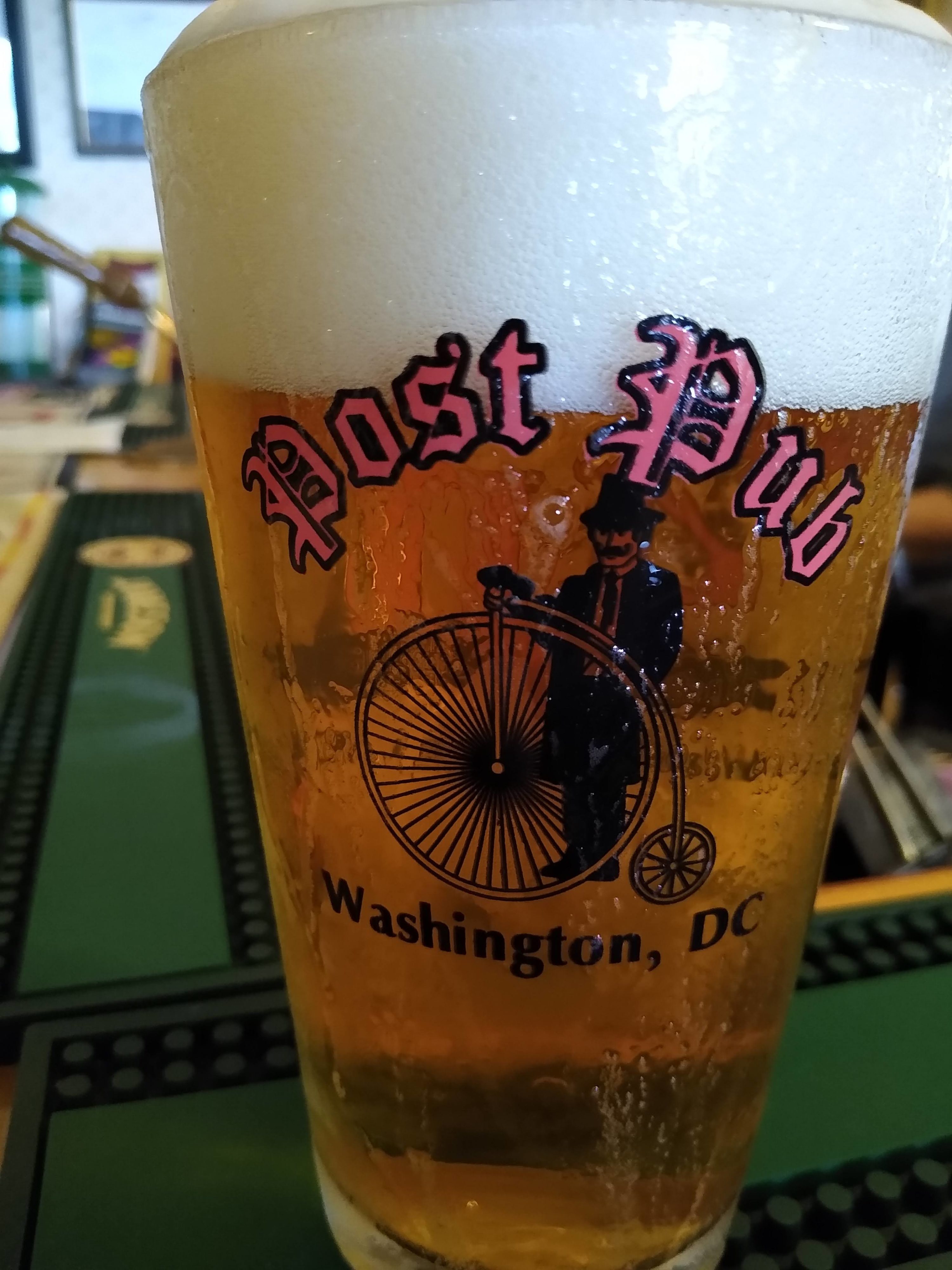 More attendees arrive, and Bob tends bar. Because it’s getting crowded, we all go out back where hay bales and chairs have been set up and tents constructed near a gas grill that, sadly, is not making any Diplomat Burgers today.

As I left the bar, a sign in the bar on the wall says, “Character: Be true to your word, your friends, and yourself.” But being true to the past is difficult today: regulars, employees, and family members try their best to socially distance while celebrating a business that lasted for 43 years on the exact opposite principle.

The food is nonetheless spectacular—great burgers, ribs, chicken, pulled pork sandwiches, with a number of sides you’d expect at any excellent barbecue. I opt to stock up on the protein, though, and go straight Keto, despite not being a child or having any form of epilepsy. The meats were just that good. It’d be like making the mistake of eating a salad or an appetizer at a Brazilian steakhouse. It’s delicious, yes, but why waste the space in your stomach?

Bob tells me he’s always prided himself on the fact that Post Pub was an accessible and affordable bar. As others raised their beer prices to obscene highs we’ve just chalked up to the cost of city living, Bob chose not to. $8 beers wouldn’t be out of the ordinary at 15th and L streets. But Post Pub was famous for its dual happy hour (11:30 to 3, and 5 to 8), and it was proud to be a “dive bar.” Most times of day, you could get a cold one for under $4.

Still, the tourists happened by. If they came on the last night of their trip, regulars and former staff tell me, visitors were disappointed they didn’t find it earlier. If they were fortunate enough to stumble upon Post Pub the first day, they just kept coming back—sometimes without even trying anywhere else.

Not everyone in my circles shared my love of Post Pub, and that’s fine. It’s one of those rare things where you know immediately if it’s for you, and then you’re hooked. If your concern is that a building dating back to the Civil War might have the occasional pest, you’re not being an honest broker.

Jess Caracofe, daughter of Bob, tells me some of her favorite childhood memories. Whether it was daring her siblings to go down to the basement to face an invading rat, or playing the role of the bus girl, where her grandfather, who bartended there, would put money underneath ash trays to make them think they were tips were from the patrons.

Jason Caracofe regales the group with stories of the late nights he bartended over the years, the tales of unruly patrons that were handled, and some of the interesting and famous guests that came over the years, including a member of the Beach Boys (we were going to Google to find which one, but quickly moved on).

Out in the courtyard of the B&B, a sign is hung on one of the cabins that says “43 years! 1976-2020 Congratulations BOB BEAULIEU.” Bob sits down on a chair next to some of us on hay bales, including B.J. Rector, who was my server most times I went over the last eight years. I ask him if the landlord came back and begged them to reopen—after all, starting a new venture in a building dating back to the 1860s is not easy when there’s so much turnkey real estate available—would he go back and do it?

Bob pauses and tells me that if that scenario were to happen, he’d probably want his kids to keep the business going instead of working as much as he did. But he’s not optimistic about the future of downtown restaurants post-coronavirus. The rents are too high (Post Pub’s monthly rent was almost more than my annual mortgage payments) and the virus, he says, has “changed everything.”

We’re just not going to be coming back into our offices if we don’t have to, Bob theorized, and a lot of businesses are going to just cut and run from downtown if they can. That could mean fewer independent restaurants and lots more chains with big financial backing.

It begins to rain and we hurry back inside to the bar and the lounge area. Stories that shouldn’t appear in print are exchanged, more beer, wine, and drinks are consumed, and for an hour or two, it felt just like I was dipped in magic waters and transported back in time to Post Pub.

The party was slated to go all night, as many people were spending the night, but I had to get back to my wife and twins, an hour away. I said goodbye to my old friends, uncertain of the next time I would ever see them. I give Bob and others a Covid-19 elbow bump, and couldn’t resist when Kathy offered a hug. “Don’t worry, Jimmy,” she tells me. “We’ll do another one of these soon.”

As I walk down the hallway, with its walls as well-adorned as Post Pub’s, I hear the chatter and laughter that sounded like my favorite bar.

Is it gone forever? Signs point to yes, but Jess Caracofe made me promise to leave it open-ended. And since character is, in part, being “true to your word.” I will. Hopefully Bob Beauleau’s family can come up with a plan to keep the venerable dive alive so a fourth generation can join the family tradition.

So, if you’re the landlord of what was long the Post Pub, perhaps give the Beaulieu children a call. Or, if you have a vacant space downtown and want a tenant that has proven experience making a downtown dive bar work for a few decades, please, please pick up the phone. Consider it a civic duty. 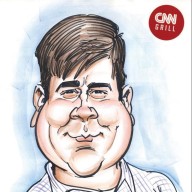