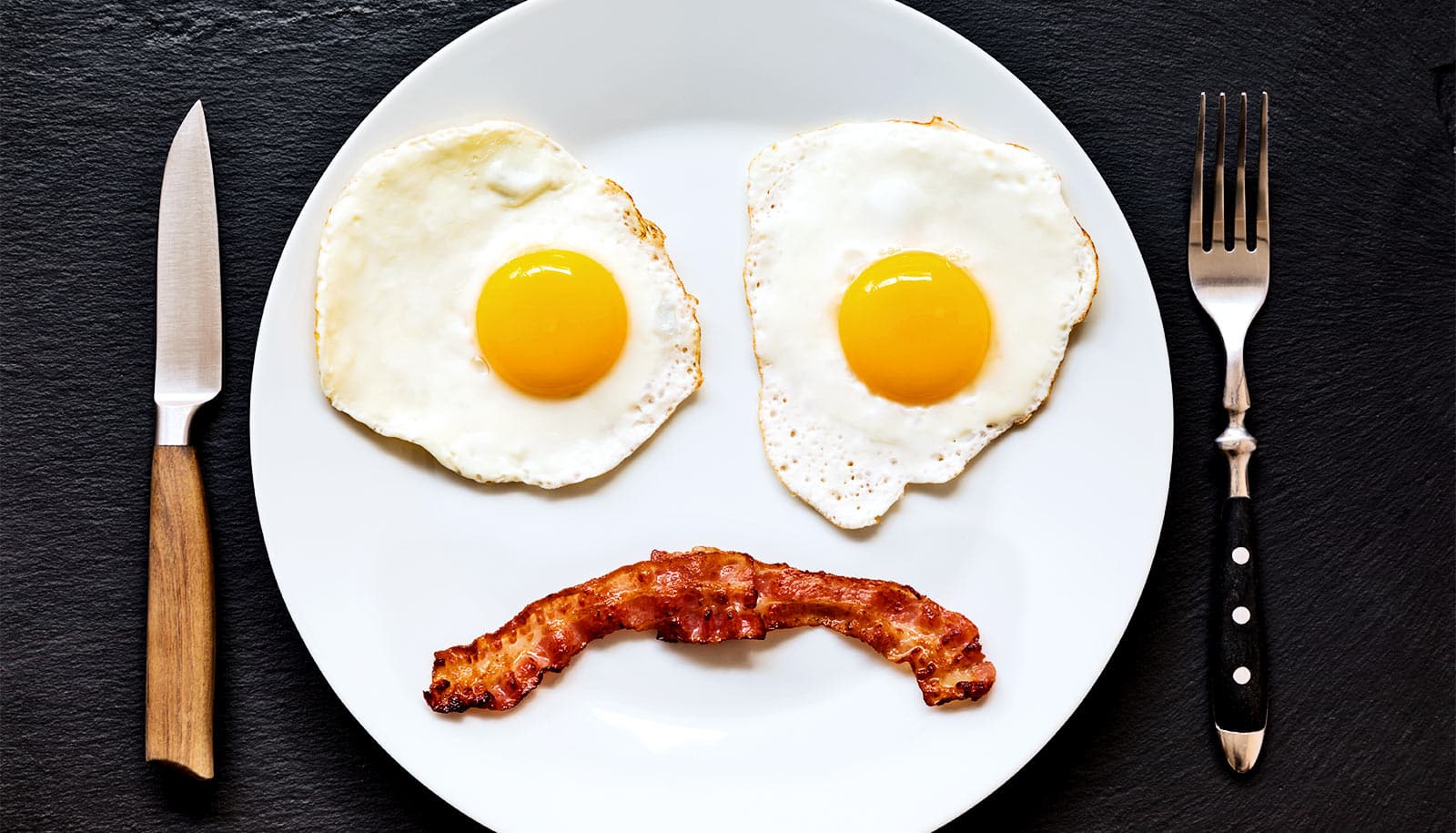 You are free to share this article under the Attribution 4.0 International license.

A ketogenic diet—which provides 99% of calories from fat and protein and only 1% from carbohydrates—produces health benefits in the short term, but negative effects after about a week, research in mice shows.

The results offer early indications that the keto diet could, over limited time periods, improve human health by lowering diabetes risk and inflammation. They also represent an important first step toward possible clinical trials in humans.

The keto diet has become increasingly popular as celebrities, including Gwyneth Paltrow, Lebron James, and Kim Kardashian, have touted it as a weight-loss regimen.

In the study, researchers found that the positive and negative effects of the diet both relate to immune cells called gamma delta T-cells, tissue-protective cells that lower diabetes risk and inflammation.

A keto diet tricks the body into burning fat, says lead author Vishwa Deep Dixit, professor of comparative medicine and of immunobiology at the Yale University School of Medicine. When the body’s glucose level goes down due to the diet’s low carbohydrate content, the body acts as if it is in a starvation state—although it is not—and begins burning fats instead of carbohydrates. This process in turn yields chemicals called ketone bodies as an alternative source of fuel. When the body burns ketone bodies, tissue-protective gamma delta T-cells expand throughout the body.

This reduces diabetes risk and inflammation, and improves the body’s metabolism, says Dixit. After a week on the keto diet, he says, mice show a reduction in blood sugar levels and inflammation.

But when the body is in this “starving-not-starving” mode, fat storage is also happening simultaneously with fat breakdown, the researchers found. When mice continue to eat the high-fat, low-carb diet beyond one week, Dixit says, they consume more fat than they can burn, and develop diabetes and obesity.

“They lose the protective gamma delta T-cells in the fat,” he says.

“Before such a diet can be prescribed, a large clinical trial in controlled conditions is necessary to understand the mechanism behind metabolic and immunological benefits or any potential harm to individuals who are overweight and prediabetic,” Dixit says.

There are good reasons to pursue further study: According to the Centers for Disease Control, approximately 84 million American adults—or more than one out of three—have prediabetes (increased blood sugar levels), putting them at higher risk of developing type 2 diabetes, heart disease, and stroke. More than 90% of people with this condition don’t know they have it.

“Obesity and type 2 diabetes are lifestyle diseases,” Dixit says. “Diet allows people a way to be in control.”

With the latest findings, researchers now better understand the mechanisms at work in bodies sustained on the keto diet, and why the diet may bring health benefits over limited time periods.

“Our findings highlight the interplay between metabolism and the immune system, and how it coordinates maintenance of healthy tissue function,” says Emily Goldberg, the postdoctoral fellow in comparative medicine who discovered that the keto diet expands gamma-delta T cells in mice.

If the ideal length of the diet for health benefits in humans is a subject for later studies, Dixit says, discovering that keto is better in small doses is good news, he says: “Who wants to be on a diet forever?”

The research was funded in part by grants from the National Institutes of Health. The research appears in Nature Metabolism.

More than a week of keto might not be good for you – Futurity: Research News