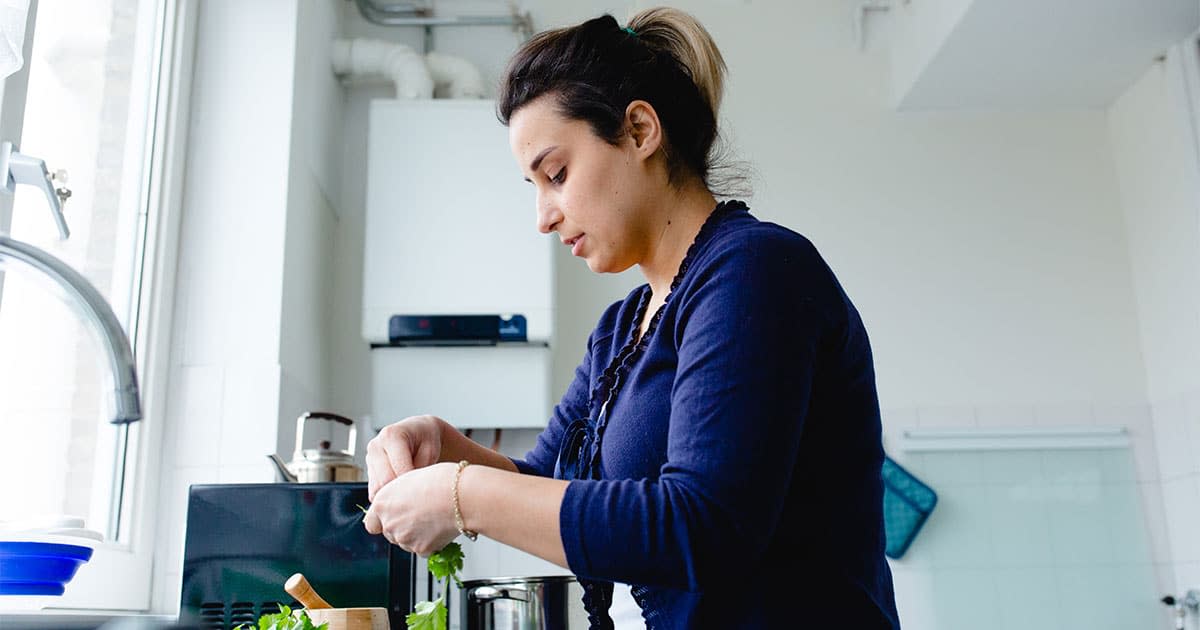 I know a thing or two about diet culture—the idea that thin bodies are healthy and should be idealized while larger bodies should be fixed. Once upon a time, I was completely wrapped up in diet culture, an expert in all the various diets with a strong opinion on which ones were worth trying and which ones were not. To be honest, if I’m not paying attention, I can still find parts of my subconscious wandering into a diet culture mentality—weighing the delight I’ll find in that piece of chocolate against how many steps I’ve taken in the day.

Which isn’t surprising to anyone. I’m a thirty-seven-year-old woman and most—well, all—of my formative years were shaped by diet culture. For that reason, most—well, the most recent—of my adult years have been shaped by trying to unlearn diet culture so I don’t pass that nonsense on to my daughter, who has so many better things to think about than the size of her pants and the calorie count in her chocolate milk—who should grow up knowing her worth has nothing to do with the size or shape of her body.

In my unlearning, I read the messages that are often shared and re-shared on social media: diet culture is the patriarchy; diet culture is just another way men are trying to control women’s bodies; if women didn’t spend so much time trying to be smaller, think of what we could do with all that brain power.

It wasn’t until I saw a post that showed the names and photos of all the most popular fad diet creators: from Paleo to Atkins, Raw Food to Master Cleanse, that I realized what the true link was between diet culture and the patriarchy. All those diets, all those food moderation systems aimed toward making women smaller, keeping them distracted while men built empires, were created by white men—as in, the ones in power. As in, the patriarchy.

It was a light bulb moment for two reasons. One, because it gave a visual to the words I’d only nodded along with. These men have been telling women what and how to eat in order to lose weight. These many men have been telling women they need to use their precious mental bandwidth to decide what’s “right” to eat and what’s “wrong.” And these men have been behind hundreds, maybe even thousands, of conversations I’ve had with other women over egg white only omelets and salads with no croutons.

And two, because that post made me realize that, despite believing I was “unlearning” diet culture by not actively participating in a diet, I maybe wasn’t unlearning as much as I thought. I didn’t really understand the link between diet culture and the patriarchy in a more than social-media-superficial way.

Scary Mommy spoke with Stephanie Roth, LCSW, CEDS, Intuitive Eating Counselor, to get a deeper understanding of how diet culture and the patriarchy are linked.  She pointed us to look at the moment women earned the right to vote, the moment we began to scrape together a little power for ourselves, to see how diet culture exploded. The posters and ads against the suffragette movement showed women in larger bodies in a negative, undeserving way. In essence, “As we became more powerful, they tried to shrink us,” according to Roth.

One stark example of how diet culture exploded in response to women’s empowerment is to look at the 1960s “second wave” of feminism when women rejected the repressive roles of the 1950s and the rise of Twiggy, a hyper-thin supermodel who rose to fame and became the ideal for beauty and body types.

Naomi Wolf, author of New York Times Bestseller, The Beauty Myth, writes, “[W]hen women came en masse into male spheres, that pleasure [of a woman enjoying her natural fullness] had to be overridden by an urgent social expedient that would make women’s bodies into the prisons that their homes no longer were.”

While women were attempting to fight for women’s rights and equal treatment, the patriarchy, the men desperate to hold onto their power, began bombarding women with the message that they should be smaller, they should take up less space, they should strive to meet this impossible (and unhealthy) ideal rather than strive and fight for the things that matter. According to Roth, “the message women received was that we were not good enough as we were, and in order to have power we have to look a certain way, we have to act a certain way.”

All these decades later, nothing has changed. Men are still creating diets aimed to make women smaller, aimed to keep women talking about whether they can cheat with that piece of cake rather than about how to build that empire, or even how to dismantle a system that constantly wants them to feel uncomfortable in their own skin.

Understanding the link between diet culture and the patriarchy makes it that much easier to reject all the noise of diet culture. Which is important, because, as Roth points out, “we can’t fight the patriarchy or do much else on an empty stomach; we can’t reach our full potential as women if we are constantly thinking about shrinking our bodies and calories.”

The undeniable truth to take away: have that piece of chocolate, because it’s one step closer toward dismantling the patriarchy.

See the original article on ScaryMommy.com

Diet Culture Is Just The Patriarchy In Action – Yahoo Lifestyle