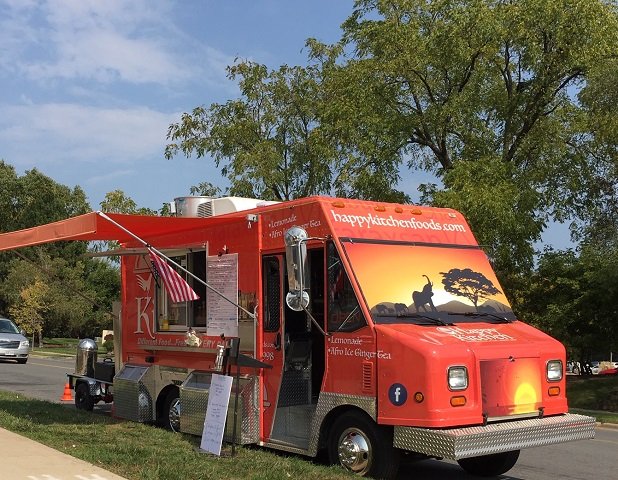 In an ordinary year, the city would be wrapping up its annual review of Library Mall and Capitol Concourse food carts just about now. Not in 2020. Many familiar names from last year’s review were MIA this year, like 2019’s top-ranking cart, Braisin’ Hussies. Perennial high-scorer Good Food went out of business. The Common Pasta cart is now for sale.

Michael Sollinger, owner of Braisin’ Hussies, hopes to be back next year. “It didn’t take much calculation for me to figure out how much I could lose by opening,” he says. “It could put the whole business at risk.” Sollinger has catered a few private events this year, but says he’s mostly “just riding out the storm.”

But the 2020 season wasn’t entirely without carts. Caracas Empanadas was one of the first carts to give sales a try on a ghostly West Main Street this spring, and is still vending at Main and Carroll most days. Surco Peruvian and El Burrito Loco eventually came back to their familiar spots at Martin Luther King Jr. Boulevard and the Square, and Natural Juice returned to Library Mall, as did the second Surco cart.

Other carts and food trucks have found niches in locations other than the still sparsely populated downtown.

Alliant Energy Center director Brent Kyzer-McHenry deems the county’s Food Truck Fridays at Willow Island “a huge success.” One Friday was a rainout, but other than that, the gathering — which debuted Aug. 14 — has been very popular, hitting a peak with 10 vendors and more than 400 attendees over four hours, says Kyzer-McHenry.

Happy Kitchen has also been parking at the side of the Kwik Trip at Milwaukee Street and Walbridge Avenue, during the lunch hours on Tuesdays, Thursdays and some Fridays. The food truck features tacos, burritos, chicken wings and one African dish: chicken stew with jollof rice.

Curd Girl has been trying all kinds of sites: Library Mall, Monroe Street near Trader Joe’s, in Verona at n+1 beer and coffee cafe, 1200 block of Willy Street — it’s best to check the Girl’s Facebook page for updates.

The Banzo cart has been vending on the Square at East Main and North Pinckney on Mondays and at the Hill Farms office building at 4866 Sheboygan Ave. on Tuesdays.

New in 2020, Sista’s Chicken & Fish has been vending Fridays and Saturdays (and the occasional Sunday) on Wingra Drive near the Labor Temple. The soul food cart has fried chicken, catfish and perch; jerk chicken, gumbo, hushpuppies, fried okra and specials like ribs and peach cobbler pound cake. See updates on Sista’s Facebook page.

Smokin’ Bones BBQ & Catering took up a spot in a parking lot at 43. S. Stoughton Road (just off Milwaukee Street) in June. The cart and smoker are out front; the building there will become the site of Smokin’ Bones owner Eddie Stuckey’s chimney and fireplace business. David Rodriguez (Melted, Taco Local) has a catering kitchen nearby at 709 Atlas Ave. that Stuckey is using for prep work.

Stuckey got into barbecue after he found a trailer smoker behind a tavern he used to own in Richmond, Wisconsin. The style isn’t true Texas or Carolina (et. al.); Stuckey describes it as “more of a mix.” Brisket, pulled pork and Texas Twinkies are on the menu, but now and for the next week, Smokin’ Bones is closed due to staffing issues. Keep an eye out for its reopening.

Other carts have been selling products and meals through their prep kitchens. The Puerto Rican cart El Wiscorican, for instance, has a website for pre-ordering and pickup Thursday and Friday at the FEED Kitchens, 1219 N. Sherman Ave. Carts including the Aloha Wagon, Caracas Empanadas, Little Tibet, Looking Glass Bakery and Taco Local are selling pre-orders for pickup and delivery through Christine’s Kitchens. The Good Food cart retains a presence selling keto-friendly baked goods, and Christine’s also markets goods from small purveyors like Quince & Apple and farms like Garden to Be.

Carry on and vend – Isthmus